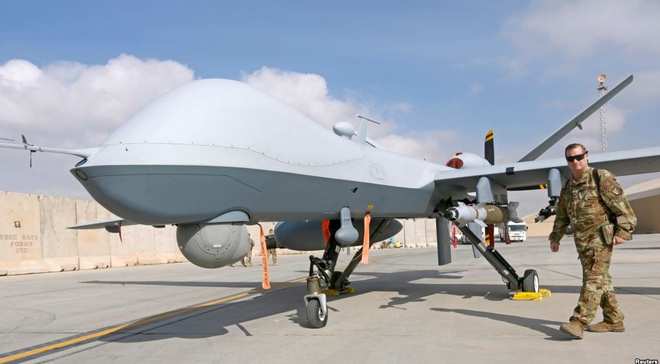 MOGADISHU, Somalia - The US military on Saturday said it conducted an airstrike against Al-Shabaab, the Al-Qaeda affiliate in Somalia on Friday, April 19, killing two militants, Garowe Online reports.

The US Africa Command (AFRICOM) said the airstrike which was conducted in cooperation with the Somali government, targeted an Al-Shabaab camp in the vicinity of Jamame town in Lower Jubba region.

The US Army, which has increased airstrikes in the Horn of Africa nation in the recent past, said no civilians were injured or killed in the latest airstrike.

"The Federal Government of Somalia and partner forces continue to make incursions into territory formerly controlled by al-Shabaab," said AFRICOM in the statement, seen by Garowe Online.

In the last few months, Al-Shabaab fighters in the southern regions have been the target of an intense campaign of airstrikes by the United States military.

The US forces alongside Somali and African Union [AU] forces have increased ground and air offensives against the militant group Al-Shabaab in the last few months.

Last week, the US military confirmed killing the deputy leader of ISIS-linked faction in a rare airstrike in Somalia's northeastern Puntland State.

Al-Shabaab fighters have been pushed from urban centers and are currently using rural areas in the southern and central parts of Somalia to plot and direct attacks.