US military's role in ongoing gains against Al-Shabaab in Somalia 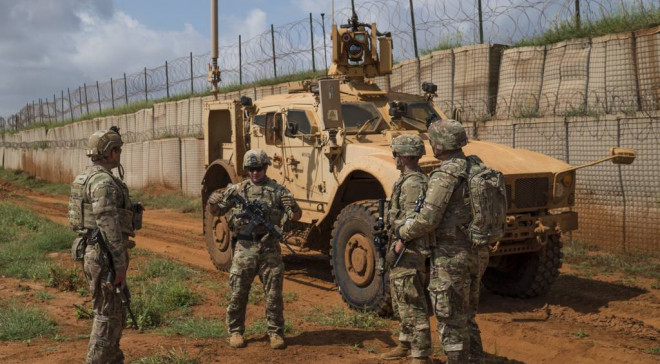 MOGADISHU, Somalia - The US military has been critical in the recent gains against Al-Shabaab militants in southern and central Somalia, the federal government of Somalia has confirmed, further confirming President Joe Biden's commitment to helping the country fight violent extremism.

In a statement, Somalia's Ministry of Information and Culture confirmed the involvement of the US Africa Command in the operation against Al-Shabaab within the Hiiraan region which has significantly yielded fruits based on the numbers of militants who have been killed.

Over 100 Al-Shabaab militants have been killed, the statement noted, with Yasoman and Aborey villages being the battlegrounds in the last 22 hours according to the government. Those killed were mainly the group's infantry team which commands huge swathes of rural central and southern Somalia.

"The Somali National Army [SNA] has conducted operations at Yasoman and Aborey villages in the Hiiraan region in the last 72 hours. The SNA soldiers have killed more than 100 Al-Shabaab who were terrorizing local people," the statement noted.

Although the US influence is rarely cited, the ministry noted that the Command was providing aerial surveillance throughout the exercise through the sophisticated drones which America has been using against your militants, who are fighting the federal government since 2006.

"Air support by the US Africa Command has assisted this operation," the ministry stated. "The federal government of Somalia appreciates the support by that US in the fight against terrorism and violent extremism, " added the statement which comes amid heightened Al-Shabaab activities.

The Somalia government has pledged a full-blown war against Al-Shabaab with President Hassan Sheikh Mohamud recently affirming financial movement strategy and the infantry battles in the bid to completely eliminate the terrorists who are disrupting activities in the country.

The government has accused Al-Shabaab of targeting water wells, communication masts, and food trucks among other essential things as a strategy to suffocate an already struggling human population in the country. Already, most locals have taken arms against the militants.

US Africa Command has been offering Auxiliary support through sponsorship of airstrikes and the support has significantly increased in recent weeks. There are hundreds of special forces in the country who were redeployed in May, over a year after their unprecedented withdrawal.