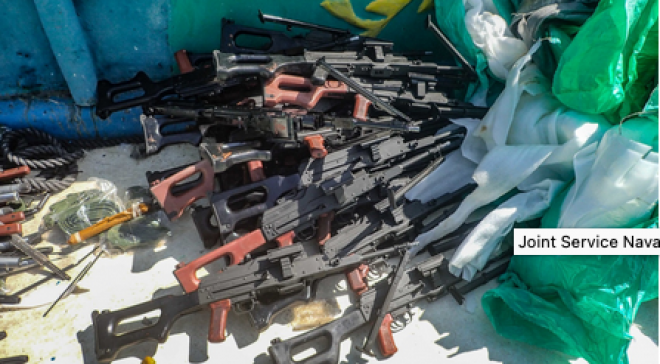 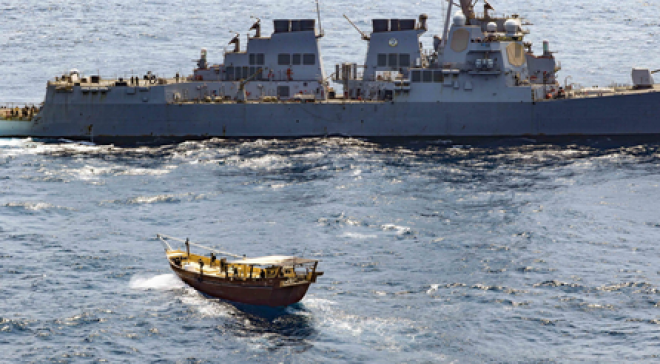 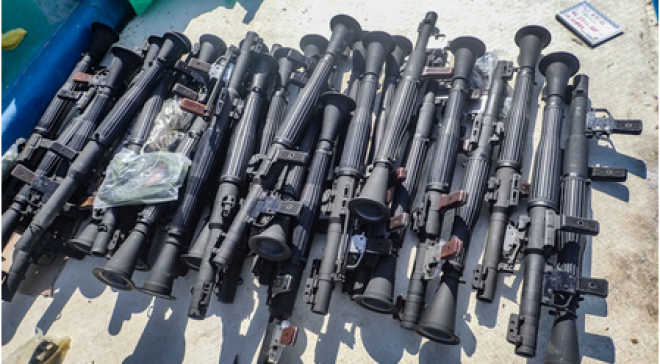 MOGADISHU, Somalia - The US Navy seized weapons components from two stateless dhows along porous Somalia's coastline, the Navy team said, but the destination of the smugglers remains unknown, although the region is used by cartels to ship in weapons for militia groups and terrorists.

According to the Navy, the weapons were seized along the Indian Ocean coastline on February 11 and 12, but the dhows' origin could not be immediately established. Usually, the dhows should have a label or the flag of the country of origin.

"The guided-missile destroyer USS Winston S. Churchill [DDG 81], in accordance with international law, boarded a stateless dhow off of Somalia and interdicted an illicit shipment of weapons and weapon components, Feb. 12," read the statement from the Navy.

Somalia's coastline has remained the hub for illegal traders and smugglers with pirates also taking advantage due to the absence of trained military personnel guarding the waters. However, the US has often given the country backup, helping Mogadishu to minimize cases of smuggling.

The US military often conducts patrols in the international waters mainly while pursuing threats or guarding shipment that originates and, or that is on transit to the US. The Navy is still investigating the destination of the weapons that were seized.

"Maritime security operations, as conducted by the U.S. 5th Fleet, entail routine patrols to determine the pattern of life in the maritime environment as well as to enhance mariner-to-mariner relations," added the statement.

"These operations reassure allies and partners and preserve freedom of navigation and free flow of commerce," the US noted while pledging to continue protecting Somalia's coastline.

Some of the weapons that were seized by USS Winston Churchill include thousands of AK-47s, light machine guns, heavy sniper rifles, rocket-propelled grenade launchers, and weapons components, which security analysts believe we're destined for Somalia.