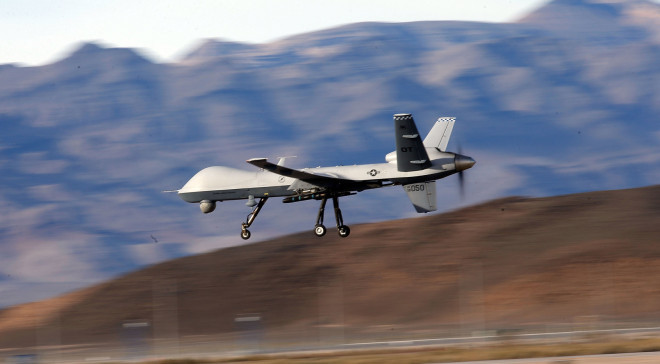 MOGADISHU, Somalia - The U.S. military says it has killed 5 militants, including high-ranking leaders of the al-Qaida-linked Al-Shabaab extremist group with an airstrike in Somalia on Thursday, 7th January.

A statement by the U.S. Africa Command the drone strike targeted known Al-Shabaab leaders who have facilitated finance, weapons, fighters, and explosives in the vicinity of Saha Weyne located in the Bay region.

The targeted leaders include a suspected who involved in a previous Al-Shabaab attack against U.S. and Somali forces in the south of the country, where the group conducts most of its battles and explosions.

AFRICOM added that its initial assessment indicates that no civilians were injured or killed as a result of the operation, which becomes the second aerial bombardment in this year as U.S. troops are pulling out.

Meanwhile, Somali army chief General Odowa Yusuf Rage, told state-run media that at least 8 Al-Shabaab members have been killed, among them Mukhtar Nurow, who was in charge of the region.

There was no immediate comment from Al-Shabaab on the latest U.S. airstrike.

In its last year's report, Human Rights Watch said two United States airstrikes in Somalia in early 2020 killed seven civilians in apparent violation of the laws of war. US forces have not adequately investigated a February 2 strike killing one woman at her home, and a March 10 attack that killed five men and a child in a minibus.

Al-Shabaab was pushed out of Mogadishu by AU and Somali forces in 2011 but has remained a potent antagonist in Somalia, launching frequent attacks aimed at overthrowing the UN-backed government.