US senators push for redeployment of troops to Somalia 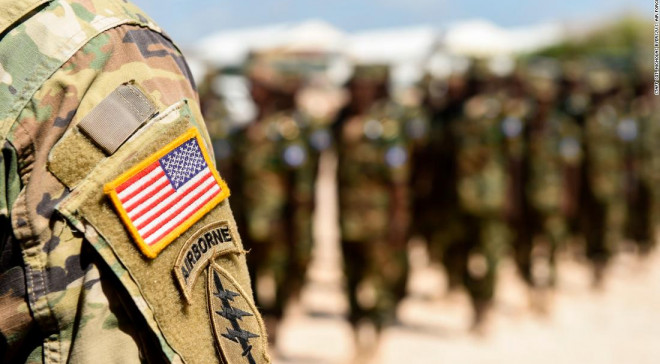 WASHINGTON - A year after the withdrawal of troops from Somalia, a number of US senators now want President Joe Biden to redeploy the soldiers to the Horn of Africa nation, notes The Military.com, adding that the move will "significantly" assist in the fight against Al-Shabaab.

In January 2021, former President Donald Trump sanctioned the withdrawal of 700 servicemen in Somalia, who was instrumental in engineering airstrikes besides training Danab Special Forces. The troops were repositioned in Kenya and Djibouti.

On Tuesday, Senate Armed Services Committee grilled US Africa Command leader General Stephen Townsend, who briefed the team about the latest situation in Somalia. In Somalia, US ambassador Larry Andre had noted that "Al-Shabaab is becoming more powerful".

Townsend told senators he has given his chain of command advice on whether to redeploy to Somalia. While he would not specify his recommendation in a public setting, Townsend made clear he does not think the current arrangement of what he described as "commuting" to Somalia is working.

"It is not effective, it's not efficient, and it puts our troops at greater risk," he said.

Last year, Townsend had told the same committee that removal of the soldiers from Somalia "introduced new layers of complexity and risk" to the U.S. mission there. He regretted that gains made could be eroded quickly due to Al-Shabaab's capability.

Last week, the Wall Street Journal, citing several sources within Pentagon, claimed top officials are also of the opinion that Biden redeploys troops to Somalia. The publication noted that the officials were concerned with the growing Al-Shabaab threat.

Last year alone, the US had just 10 drone strikes against Al-Shabaab compared to 72 in 2020. But last week, the US reported two drone strikes in the Horn of Africa nation which left over 230 Al-Shabaab militants dead.

Trump framed the move as part of his efforts to end "forever wars" and bring troops home from foreign lands. But all of the troops were sent instead to Kenya or Djibouti, from which aircraft have been flying over Somalia to conduct airstrikes against al-Shabaab. Troops have also visited Somalia for periodic exercises with local forces.

Senators pressed Townsend on the situation in Somalia and expressed concern that pulling troops from the country and conducting what's called "over-the-horizon" operations, where strikes are ordered without troops on the ground, have allowed al-Shabaab to flourish.

"It increases risk and decreases our effectiveness," committee ranking member Sen. Jim Inhofe, R-Okla., who is typically a staunch Trump supporter but opposed the Somalia withdrawal, said about over-the-horizon operations. "We're seeing this play out on the ground in Somalia as things get worse and al-Shabaab gains strength."

Committee Chairman Jack Reed, D-R.I., similarly warned that security in east Africa has been on a "downward trajectory" since Trump's withdrawal and that U.S. and partner efforts "to disrupt and degrade the most dangerous violent extremist organizations have not achieved the success we need."

Pressed by Sen. Thom Tillis, R-N.C., on how operating from outside Somalia is working, Townsend said "we are marching in place at best" when it comes to fighting terrorism. In addition to the issues of being stationed outside the country, Townsend also blamed political dysfunction in Mogadishu and "inactivity" by the peacekeeping mission known as the African Union Mission to Somalia for the worsening security situation there, the Military.com adds.

"We may be backsliding at the security in Somalia," Townsend said. "I just think that what we're doing is not providing sufficient pressure, and the best we can do is maintain a secure area around the bases that we return to, and we really can't get at the al-Shabaab problem set."