Why Al-Shabaab cannot revenge for murder of Iranian commander Soleimani 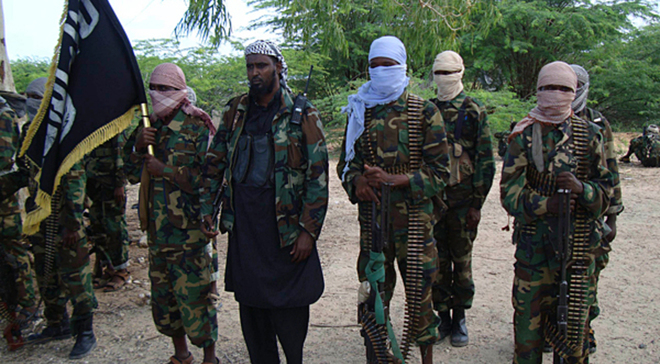 MOGADISHU, Somalia - For three days now, relations between the United States and Iran have been severely affected following the murder of Gen Qassem Soleimani.

Soleimani, who was head of a dangerous Iran Revolutionary Guard Corps, was loved and loathed in equal measure. The West accused him of sponsoring terrorism.

Calls for "crushing revenge" against the US eclipsed his state funeral in Tehran on Sunday, with top Iranian officials approving them.

Iran's outbursts over the death

Iranian President Hassan Rouhani said in a statement: "Iran and the other free nations of the region will take revenge for this gruesome crime from criminal America."

His death, Rouhani added, had redoubled Iran's determination "to stand against America's bullying".

Addressing a huge crowd, Soleimani's daughter, Zeinab, said the US and its ally Israel faced a "dark day" for her father's assassination.

"The families of US soldiers in the Middle East will spend their days waiting for the death of their children," she said to cheers.

Trump stays put over the threats

But a defiant President Donald Trump has threatened to "hit hard" should Iran attack any "US citizen or target" in the event of retaliation.

His Twitter posts, Trump added, "will serve as notification to the US Congress and that he will not hesitate to squeeze Iran".

While Tehran has backed retaliation, it has, however, not given any hint on how it plans to execute the plan in honor of Gen Soleimani.

Analysts believe that Iran could target US allies in the Middle East either directly or through friendly militants. The plan may, however, take some time to materialize.

Al-Shabaab militants may after all not take part in Iran's elaborate revenge plan given the traditional differences with Tehran.

Why Al-Shabaab cannot revenge for Iran

The Somalia-based militants could have been ideal to carry retaliatory attacks on America and her allies in East Africa.

Harun Maruf, the author of "Inside Al-Shabaab" believes Al-Shabaab "will not lose any sleep" over the death of Gen. Qassem Soleimani.

Maruf says, "If anything they will be quietly pleased with his demise given his role against Sunni jihadists in Syria."

"Shabaab doesn’t have relations with Iran, but it’s aware that Al-Qaeda members used Iran as a transit," adds the VOA journalist.

Al-Shabaab militants subscribe to Sunni ideologies whereas Iran and affiliated militias are defiant defendants of the Shiite ideologies.

Al-Shabaab in a bad relationship with Iran

Iran, Maruf observes, tried to establish ties with Mogadishu in 2011 through donating millions of dollars but Al-Shabaab seemed disinterested.

But the attempts by Iran did not materialize given that "In Jan 2016 Somalia cut ties with Iran after pressure from Saudi Arabia."

Whenever her interests are at stake, Al-Shabaab has often taken sides either for or against nations extending a hand to the fragile Mogadishu administration.

A former Al-Shabaab defector, Maruf adds, "believes some of the weapons Iran sends to Yemen end up in Somalia through smuggling".

But according to him, Al-Shabaab never gets a direct supply of weapons from Iran but "are likely to buy snuggled weapons" from Yemen.

While these weapons may have originated Iran and friendly fighters, Maruf says, "there is no proof of direct supplies."

US Naval Base attack not related to US-Iran scuffle

Three days after the death of General Qassem Soleimani, Al-Shabaab has already waged a deadly attack targeting the US military base in Kenya.

But the US military at Camp Simba responded swiftly killing six militants on spot. More casualties are expected given that combing of the base is still ongoing.

While claiming responsibility, an Al-Shabaab spokesman told Al-Jazeera TV that "the attack has nothing to do with the US-Iran scuffle".

Meanwhile, security has been beefed up in Nairobi on buildings associated with the US and Israel following the threat by Iran.