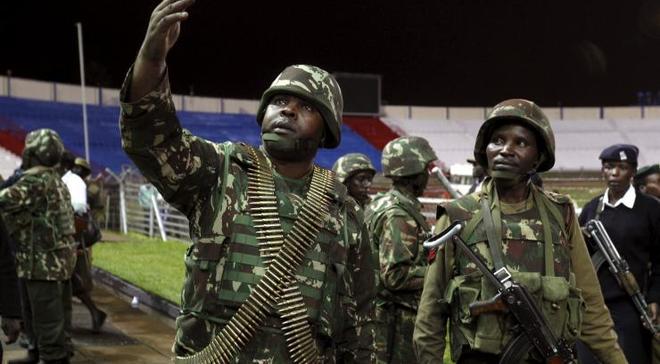 Four gunmen confronted the police stationed at the entrance of an Anglican church in the town of Ukunda, south of Mombasa, regional police chief Larry Kiyeng said.

They sprayed the officers with bullets before escaping by motorbike, taking two AK-47 police rifles, he said. “One officer was shot in the head and died on the spot while the other ... died in hospital,” Kiyeng told Reuters.

“It is too early to say who may have been involved but you can almost pinpoint al Shabaab elements from the nature of the attack,” Kiyeng said. It is not uncommon for police to guard churches in Kenya.

There was no immediate claim of responsibility.

Shabaab, a militant group with links to al Qaeda, has launched devastating attacks on civilians in Kenya in retaliation for the country sending troops into Somalia in 2011 after attacks and kidnappings on Kenyan soil.

The Kenyan soldiers are there as part of a 22,000-strong peacekeeping force to back the government.