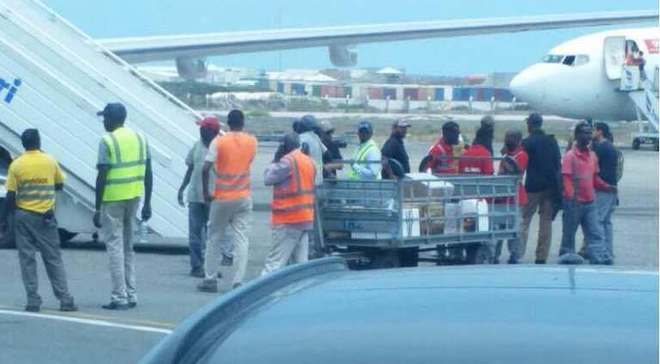 ABU DHABI - The UAE Foreign Ministry has condemned the Somali authorities for seizing a private UAE-registered civilian aircraft on Sunday at Mogadishu International Airport. There were 47 Emirati officers on board.

This delayed the departure of the plane for several hours.

The UAE also expressed its displeasure with how some members of the Somalian security forces treated the Emirati contingent.

MoFa also condemned the seizure of funds at gunpoint, allocated for the Somali army and its trainees, to pay their salaries. This was part of a memorandum of understanding regarding military cooperation that was signed between the two countries in November 2014.

The foreign ministry added that the move was illegal, going against the established norms of diplomatic traditions between the two countries.

It constitutes a serious breach of the provisions of the memorandum of understanding, and thus contravenes the rules of international laws and norms.

The statement further said that the UAE deplores this violation at a time when the country is providing political, economic, military and humanitarian support to help re-establish security and stability in the Somali Federal Republic in its hour of need.

Omar will face GOP-endorsed candidate Cicely Davis, who defeated Royce White and Guy Gaskin in the Republican primary, in November.

There should be no political conditions attached to aid, nor should there be interference in internal affairs of African countries, or to replace the role of local governments, he said.

Over 1,000 migrants arrive in Italy in hours, say authorities