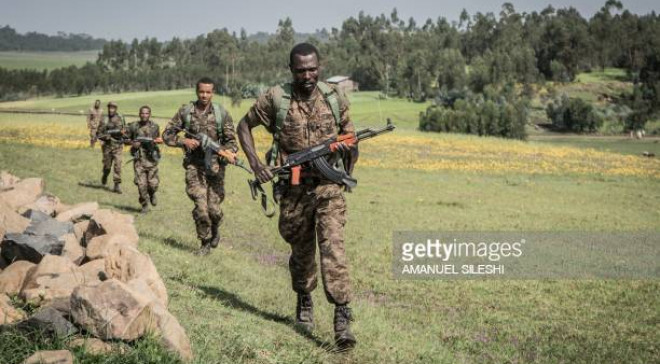 ADDIS ABABA - The Ethiopian National Defense Forces [ENDF] has announced retaking the historical town of Lalibela, in the ongoing onslaught against Tigray Defense Forces [TDF], who have reduced advances southwards as a strategy to survive operations.

State media showed purported pictures of Deputy Prime Minister Mekonnen visiting the historical town, which is famed for its rock churches among other important sanctuaries. Lalibela has been under TDF for the last five months.

But despite the announcement by the state media, it's not clear when the federal troops took over the town, which
has spiritual significance for millions of Ethiopian Orthodox Christians and has changed hands several times during a conflict with rebellious forces from northern Tigray province.

Last Sunday, residents reported that the Tigrayans had retaken the town after the military and its allies withdrew. The TDF has been targeting strategic towns within the country as the war rages on.

The year-long conflict between Tigray's leaders and the central government has killed thousands of civilians, drawn in forces from around Ethiopia, and spilled into the neighboring Amhara and Afar regions after Tigrayan forces invaded them.

It has also forced 400,000 people into famine in Tigray, with more than 9.4 million people across northern Ethiopia now dependent on food aid, according to the United Nations, Reuters reports.

But despite the TDF withdrawal, spokesperson Getachew Reda maintains the decision to leave is strategic, adding that the federal army has been misinforming the public about their alleged successes in northern Ethiopia.

"Six days ago, I quoted PP’s press statement that claimed their forces had cut off the Waldiya-Mekelle main road. It was meant to distract attention from the Gashena debacle. Today they are ‘cutting off the highway again. Our withdrawals are their only victories," he noted.