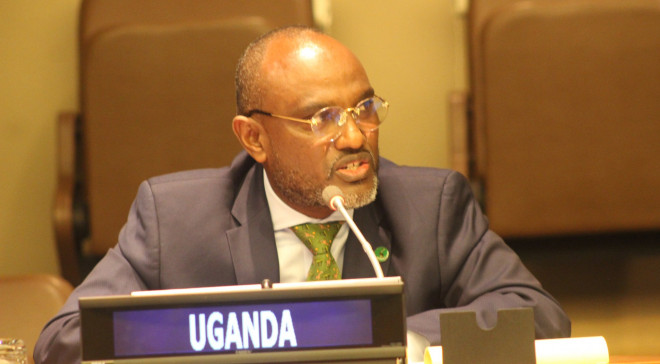 KAMPALA, Uganda - The Government of Uganda has denied claims that the Ugandan People's Defense Forces [UPDF] on Friday killed at least 189 Al-Shabaab militants in Lower Shabelle, terming the reports by the media "fake news", just over five days after it went viral.

Through her mission in New York, Kampala denied the claims, despite the fact that the news was received positively across the region, which has been battling against violent extremism, which has seen over 5,000 people mostly security officers losing their lives.

While responding to Rashid Abdi, a commentator on the Horn of Africa affairs, Adonia Ayebare, who is Uganda's permanent representative to the United Nations, termed the media reports false, adding that the public should ignore them.

"Brother Rashid. I have talked to the UPDF leadership the claim is fake news and was not an official claim and we should treat it as such. Thank you for recognizing the high sacrifices by UPDF and Uganda to the cause of AMISOM," he said.

A statement quoted by Reuters said The Ugandan People's Defence Force [UPDF] had claimed its soldiers on Friday had raided al Shabaab hideouts in the villages of Sigaale, Adimole, and Kayitoy, just over 100 km [62 miles] southwest of the capital Mogadishu.

"[The raid]... saw the forces put out of action 189 al Qaeda-linked fighters and destroyed a number of military hardware and items used by the terrorist attacks," UPDF said.

Currently, Uganda has close to 4,500 soldiers serving in AMISOM and the troops have been helping to stabilize the country since 2007. Various contingents that have served in the country have managed to liberate several towns including Janaale which was captured in March 2020.

In 2015, the UPDF came under attack when Al-Shabaab militants stormed an AMISOM base in Janale when one of its fighters rammed a vehicle packed with explosives into the perimeter of the base, then a team of heavily armed fighters entered the breach and attacked the troops inside.

The attack was launched to commemorate one anniversary after the group's former leader Ahmed Abdi Godane death, who was killed in a U.S. drone airstrike in the previous year. UPDF has however remained a major stakeholder in the country's quest for peace.

A peaceful election in Kenya is key to boosting EAC economy

Such firms that have expressed interest are Visa, Microsoft, Google, and Amazon to set up regional hubs in the city.

The statement comes just days after Somali regional forces crushed Al-Shabaab militants who had crossed over from Somalia to Ethiopia. 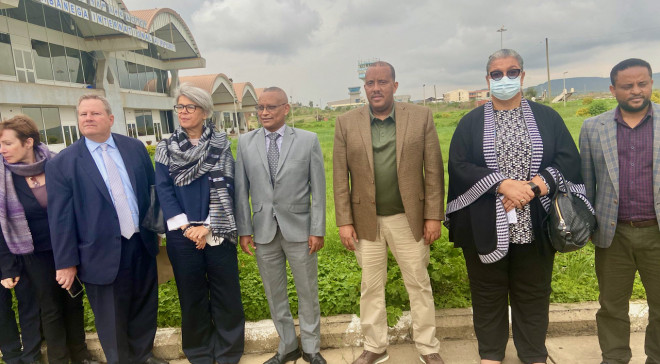 US, EU Urge Ethiopia to restore basic services to the Tigray region