US targets Eritrea and Ethiopia officials over Tigray genocide 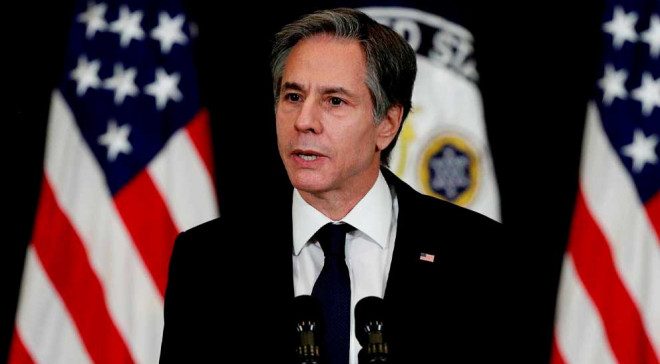 ADDIS ABABA - The State Department is targeting an unknown number of Eritrea and Ethiopia officials for sanctions, Foreign Policy reports, in what is related to the massacre in several parts of Tigray region, following reports of civilians dead.

Troops from the two countries have been pitching tents in the Tigray region since November following an attack at the northern command, which was reportedly engineered by Tigray People's Liberation Front [TPLF].

Several complaints have been lodged over possible genocide in the region despite Ethiopia's denial. The international community has been pushing for the withdrawal of Eritrean troops who are accused of mass murder in the region.

And the US is understandably plotting visa restrictions that will target top officials from Addis Ababa and Asmara over the Tigray conflict, which has left hundreds dead and thousands displaced.

The conflict has sparked widespread reports of atrocities, possible mass violence along ethnic lines, and war crimes committed against civilian populations by forces in Ethiopia and neighboring Eritrea.

The Biden administration has grown increasingly frustrated with Abiy’s response to the crisis after months of high-level diplomatic talks. The conflict began in November of last year when Ethiopian federal forces launched an offensive against the Tigray People’s Liberation Front, the country’s former ruling party, in response to a TPLF attack on an Ethiopian military base.

The Ethiopian government has dismissed criticism of its handling of the crisis and insisted soldiers who commit atrocities will be held to account. The United Nations has said that all sides in the conflict may have committed war crimes.

The visa restrictions are seen as a shot across the bow, signaling mounting U.S. frustrations with Abiy for his handling of the conflict and failure to address mounting international concerns over the ensuing humanitarian crisis.

Officials and congressional aides familiar with the matter said the Biden administration plans to further ratchet up pressure on Abiy in other ways, including upholding a halt on U.S. security assistance funding to Ethiopia and targeting World Bank and International Monetary Fund programs in the country. Officials said there are ongoing discussions about possibly leveling sanctions against Ethiopian or Eritrean officials complicit in Tigray atrocities, but no final decisions have been made.

The United States has long viewed Ethiopia as a critical partner in East Africa, but the visa sanctions could be the first sign of a strategic pivot away from Addis Ababa, said Cameron Hudson, a former U.S. diplomat and intelligence official now at the Atlantic Council.

“This is a major strategic shift in the Horn of Africa, to go from an anchor state for U.S. interests to become a potential adversary to U.S. interests,” Hudson said. “That’s a strategic shift that we have not wanted to make, and that’s what recent U.S. diplomacy has been doing, to try and salvage something that is no longer salvageable.”

The expected U.S. announcement on visa restrictions comes ahead of pivotal elections in Ethiopia, set to be held on June 21 and seen as a major test of whether Abiy’s democratic reforms in the country will take root.

On Friday, the Ethiopian government announced it convicted three soldiers of rape and one of killing a civilian, the first public statement that members of its military were found guilty of committing crimes in Tigray. Over two dozen more soldiers stand trial on charges of rape and killing civilians, as Reuters reported.

Elsewhere, Ethiopia on Friday for the first time accused troops from neighboring Eritrea of killing 110 civilians in a massacre in the war-hit Tigray region.

The attorney general's office sharply contradicted law enforcement officials who claimed earlier this month that the "great majority" of those killed in the city of Axum were fighters, not civilians.

The killings in Axum in late November represent one of the deadliest incidents of the six-month-old war in Ethiopia's Tigray region. The US and EU have repeatedly called for the Eritreans to withdraw.

"The continued presence of Eritrean forces in Tigray further undermines Ethiopia's stability and national unity," US Secretary of State Antony Blinken said in a statement last week. "We again call upon the Government of Eritrea to remove its forces from Tigray."

Prime Minister Abiy Ahmed has been accused of failing to live with the spirit of nationalism even after he won the Nobel Peace Prize in 2019 for staging sweeping reforms in Ethiopia, but the recent ethnic clashes and the Tigray conflict seem to be eroding his reputation as a statesman.