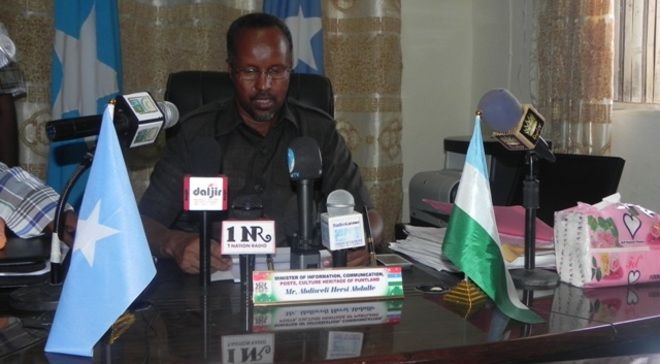 “Security agencies will bring the perpetrators to the justice very soon,” added Indhoguran.”We are very sorry for the assassination and at the same time condemn that brutal act in the strongest possible words”.

Continuing, he also sent his condolence to the bereaved families and friends of late Silver.

Five journalists were shot in cold blood in restive Galkayo which straddles the border between stable Puntland and south-central regions where Al Shabaab, armed clan militias and criminal gangs remain active since the year 2011.

Masked gunmen shot and killed late Silver at a café near Hero Darawish complex, right away fleeing from the scene of the crime.

Somalia is rated one of the worst countries to be a media workers by International Press Watchdogs.

Eritrea-trained soldier dies in Somalia after "escaping" from Asmara

Their parents have been putting that government under pressure to give full details about the whereabouts of the young soldiers.

Somalia: Mideeye party on brink of collapse amid internal wrangles

The party was constituted by the Central Committee, and it has a chairperson and Executive Committee.