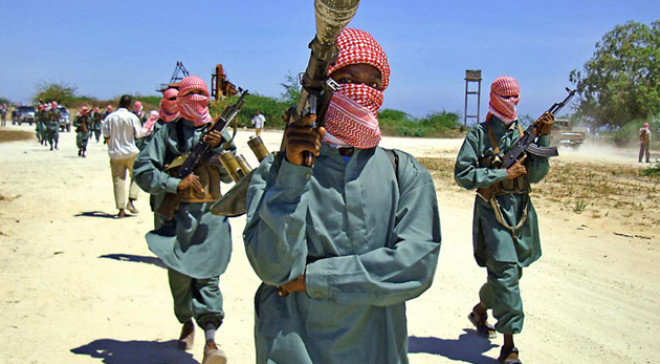 The Al-Qaeda linked terror outfit spends 2 million US dollars monthly, where 1.8 million is used on ‘in-house’ explosives while other weapons manufacturing goes for 150,000 dollars per month/FILE

BAL'AD, Somalia - The Al-Shabaab militants on Friday killed at least four Somalia National Army SNA] in southern Somalia, just a few weeks after they raided an African Union Mission Forces base occupied by Burundian soldiers, who have been in charge for the last couple of months.

According to reports, at least four soldiers were killed in the attack on Friday, in what could change fortunes on security setup, following the latest change of leadership in the Horn of Africa nation, which is struggling with instability.

Reports further indicate the attack that took place at Gololey were killed in the Al-Shabaab attack at a checkpoint north of Bal’ad Town. Burundian forces vacated the base last week; soldiers felt “abandoned” and joined soldiers at the checkpoint.

The soldiers have been working closely with those of the African Union Transition Mission [ATMIS] in the Horn of Africa nation before changing strategy after the peacekeepers left prematurely a fortnight ago, contrary to the expectations of many people.

The El-Baraf attack was coordinated by senior Al-Shabaab leaders including one Kenyan according to the militants. The attack on military bases is common in the Horn of Africa country, with the Al-Shabaab fighting to topple the fragile UN-backed Somalia administration.

In Jan 2016, the militants attacked El-Adde military base controlled by Kenya Defense Forces [KDF], before launching a similar attack at Kulbiyow military base. Somalia ushered in a new administration on Sunday last week following the election of Hassan Sheikh Mohamud.