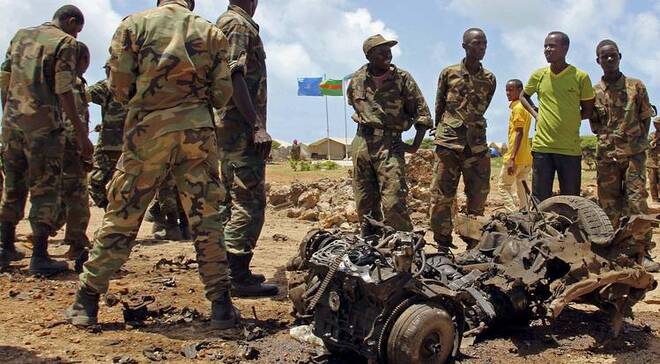 MOGADISHU, Somalia - The Special Forces in the Somali National Army [SNA] has yet again been hit following an explosion which targeted their convoy, reports indicate, in the latest attack coming amid an ongoing crackdown against the militants in the Horn of Africa nation, which has been battling with insecurity for several years.

At least six members of the Danab Special Forces were killed after an Improvised Explosive Device [IED] hit their convoy in the Leego area in Lower Shabelle on Monday, sources said, with no immediate confirmation of whether the military responded to the latest onslaught.

The troops were traveling from the nearby Balligodle Airfield where they are trained by the US Africa Command. The United States of America army trains and equips the Danab Special Forces, who are entrusted with sophisticated operations against Al-Shabaab militants in the country.

Several other soldiers were injured during the incident, officials said. Those injured have since been taken to a military hospital for treatment, with reports indicating that a crackdown has been sanctioned in the region to help capture those who may have implanted the explosion.

For almost ten months, the Danab Special Forces in the company of the US Africa Command and the African Union Mission Forces, have been pursuing the militants in central and southern Somalia. Many towns have been liberated besides many terrorists being killed by security forces.

The attack comes at the time the United Nations Mission Assistance in Somalia insisted that the security situation in Somalia remains fluid ahead of elections.

James Swan, the UN representative to Somalia told the Security Council on Monday that the security situation in Somalia remains of concern, with persistent attacks by Al-Shabab, which remains the primary threat to the national security.

Somalia is scheduled to hold elections from early December but the opposition team has accused Villa Somalia of implanting spies in the electoral committee. President Mohamed Abdullahi Farmajo is seeking re-election in February next year.