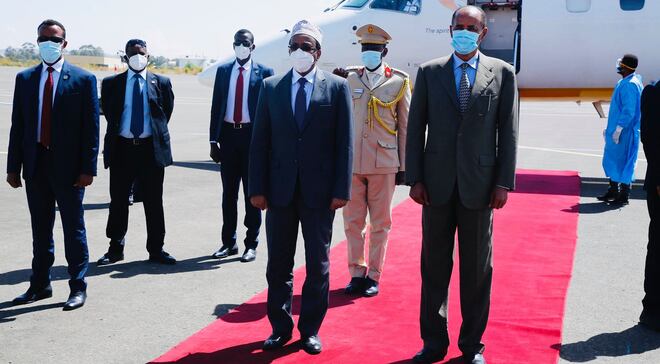 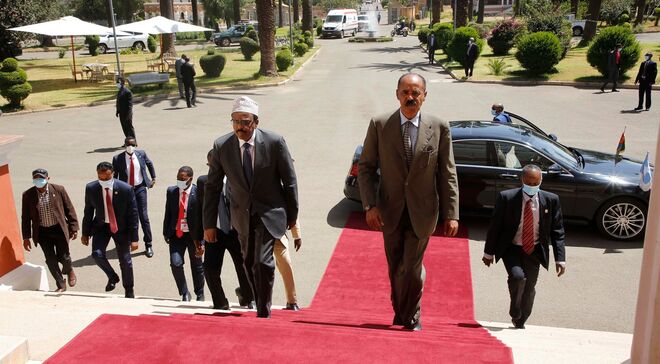 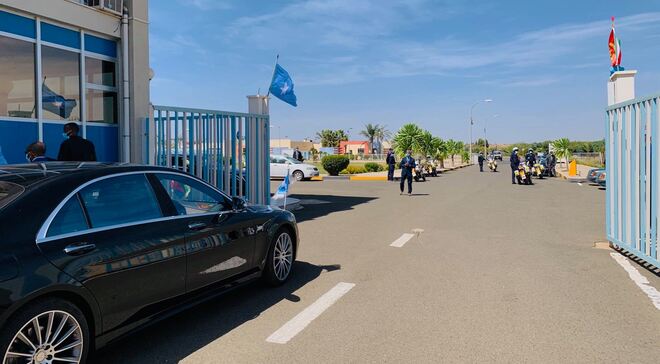 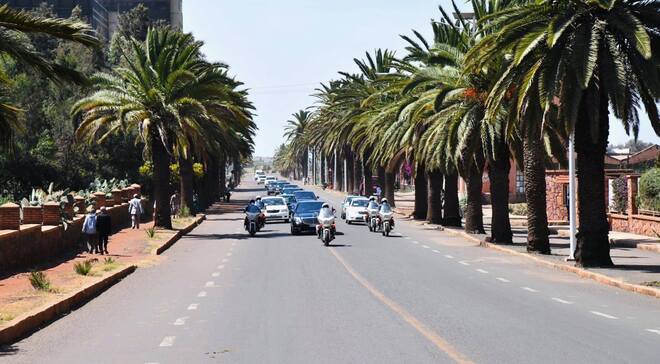 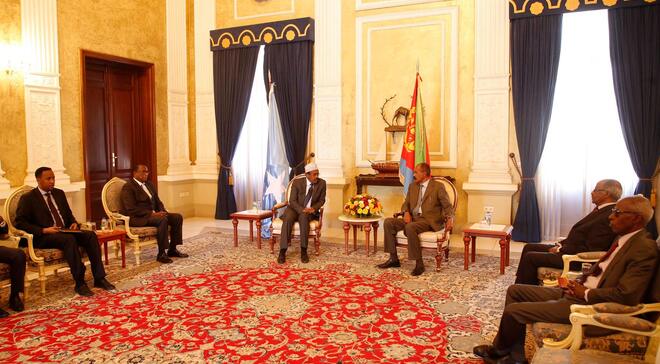 ASMARA, Eritrea - President Mohamed Abdullahi Farmajo on Sunday travelled to Asmara after a brief stay at Juba, South Sudan, and will be at the Red Sea for the next two days, where he's expected to sign a number of bilateral cooperation deals with Eritrea, a enemy cum-ally, almost seven months after signing a similar deal.

At Asmara International Airport, Farmajo, who is in his second global trip for the first time since February, was given a rousing reception by his host, Isaias Afwerki, popularly regarded as the "father" of the Horn of Africa politics, due to his long stay in power in the tiny Red Sea nation.

A guard of honor was put in place for the Somali president, who is at least five months away from a competitive election that will define his future in Somalia politics. He inspected the parade which was hosted by the Eritrea Defense Forces, which has a long history with Somalia.

Yemane Meskel, Eritrea's Information Minister, said the Somali leader will be in the country for two days, terming his stint as "working trip". The two Head of States would layer be pictured in State House having formal meeting.

"The President of the Federal Republic of Somalia, H.E. Mohammed A. Mohammed, arrived in Asmara in mid-morning hours today for 2-day working visit," he said. "President Mohammed and his delegation were accorded warm welcome by President Isaias Afwerki on arrival at Asmara International Airport."

According to Meskel, the leaders will have a formal meeting to discuss bilateral ties between Somalia and Eritrea. Later on, Farmajo and his delegation will visit various development projects in Eritrea, a country which gained independence in 1993.

"The two Heads of State will discuss progress of bilateral ties, measures of its further consolidation as well as regional developments and trends. President Mohammed Abdullahi Mohammed and his delegation will also visit various development sites and projects," he added.

The two leaders met early this year in Eritrea where they signed a Tripartite agreement along with Ethiopia's Prime Minister Dr. Abiy Ahmed. In the agreement, they pledged to boost trade within the Horn of Africa by easing some of restrictions including but not limited to cross-border businesses.

Eritrea has a long history with Somalia and at some point, the two countries temporarily broke over an alleged arms smuggling network. Mogadishu had maintained that Asmara was helping armed groups including Al-shabaab to smuggle arms to the country, further derailing efforts to restore peace.

But years later, the two nations buried the hatchet and have since been cooperating on matters trade. Eritrea has also been backing the peace processes in Somalia, but does not have African Union Mission Forces in the country, which has been struggling with insecurity for several decades.

On Saturday, Farmajo spent most of his time in Juba, the capital of South Sudan, where regional leaders were witnessing signing of a peace deal between a number of armed groups and the Transitional Government of Sudan. The north African country is also regaining after the ouster of Omar al-Bashir in 2019.

Sudan witnessed protests for the better part of 2019 and this year even after the removal of al-Bashir, but an agreement would later be reached through the effort of the African Union and the US. The country is currently running under a section of the military and civilian rulers ahead of elections.

Also out of Somalia is Prime Minister Mohamed Hussein Roble, who jetted out on Sunday to Kuwait, the oil-rich Middle East nation which has been supporting Somalia. The PM will be offering condolences to the country after the passing of Emir, Sheikh Sabah last week.

An official said its top commander had been asked by Farmajo to relocate some of Danab troops to Mogadishu ahead of last week’s protests, but the request was turned down.