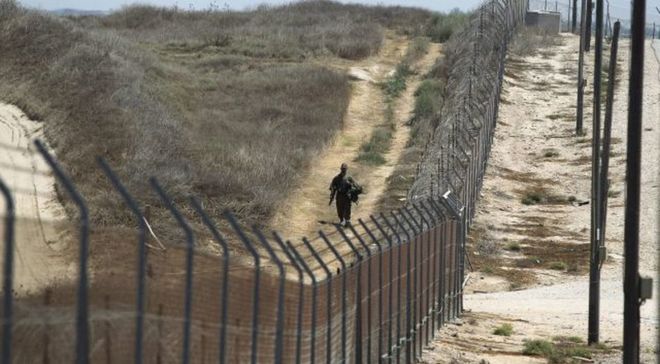 MOGADISHU, Somalia - Federal Government of Somalia closed down border common with Kenya and Ethiopia in the Gedo region, officials said, in a move that was triggered by fear for the spread of Coronavirus.

Osman Nur Haji Moalimu, the current acting governor of Gedo, said authorities have already shut down Balad-Hawo and Elwak border points, which are used as the official entry from Kenya to Somalia.

Also affected, he said, was the Doolow border which is used as the official point of entry to Ethiopia in northern Gedo. Gedo is one of the largest regions in the unstable semi-autonomous Jubaland state of Somalia.

In a statement on Thursday, Haji said the border remains "indefinitely" closed and asked residents to bear with the "tough situation" adding that "this is the only available option we had at the moment".

"You must respect this directive. We don't want to bury more people. The pandemic is real and we ought to control over movements. It's just for a short while," added the administrator.

The two victims in Mandera had traveled from the coastal town of Mombasa, which is under lockdown for three weeks. This, Governor Ali Roba said, forced the county to also impose lockdown to control the movement of people.

"Countries that succeeded in controlling the negative impact of COVID 19 are those that practiced early lockdowns," Roba said in a tweet, moments after the county reported the cases.

"As such we have locked down all public movement between sub-counties, wards, and villages in Mandera County. Vehicles transporting essential goods will be allowed," he added.

In Somalia, a total of 21 people have tested positive for Coronavirus. Of the total number, one has died and another one fully recovered, said Dr. Fawziya Abikar, the health minister.

But Omar Filish, the Mogadishu mayor, on Thursday, hinted possible more unrecorded deaths, saying that "I know many of those who have died, please stay at home, it's not a joke". The capital was put on partial lockdown.

In recent weeks, Gedo has been the epicenter of the political and military battlefield in Somalia. In February, SNA troops engaged in a fierce gunfight with Jubaland forces, forcing the latter to seek refuge in Mandera.

The skirmishes were triggered by the bitter political rivalry between regional leader Sheikh Ahmed Madobe and President Mohamed Abdullahi Farmajo, whose attitude towards federal states is said to be "fragile".

A fortnight ago, Ethiopian non-AMISOM troops also crossed over to Somalia in Gedo, where they are said to have established a military base in Doolow. The team was ambushed by Al-Shabaab last week, reports indicate.

While Kenya supports Jubaland regional forces, the Ethiopian counterparts are close allies of FGS. So fragile was the situation that the US warned that it would pace the way for "resurgence" of Al-Shabaab.

Among others, Somalia has suspended both domestic and international flights indefinitely, closed down schools and banned public gatherings as a measure to combat COVID-19 pandemic, officials said.

To date, 1.7 million people have been infected worldwide with the COVID-19. Of that number, 350,000 have recovered while 98,000 have succumbed, John Hopkins University data indicates.