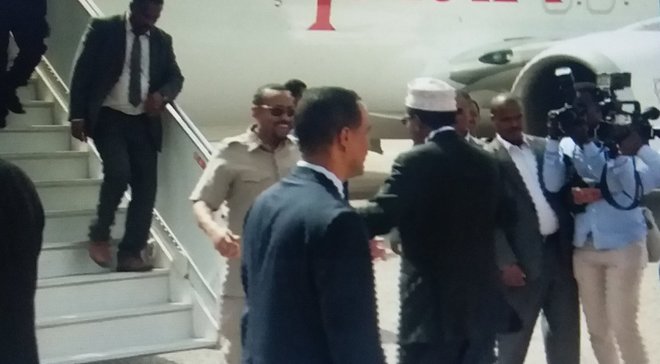 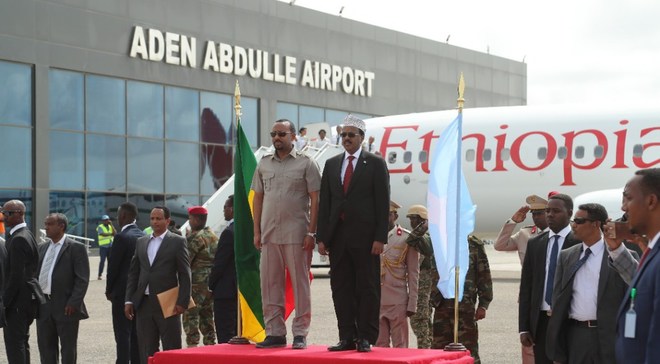 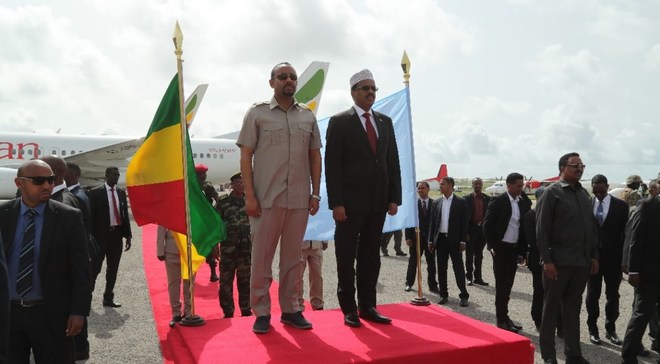 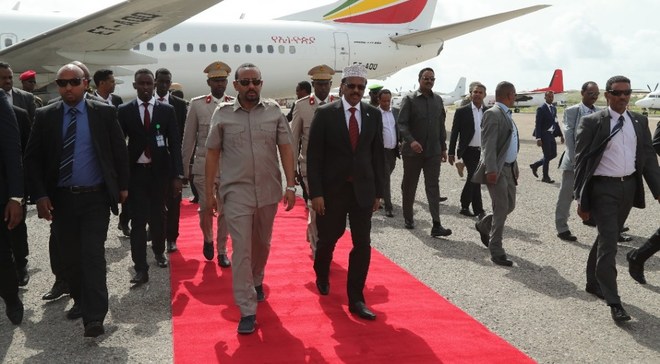 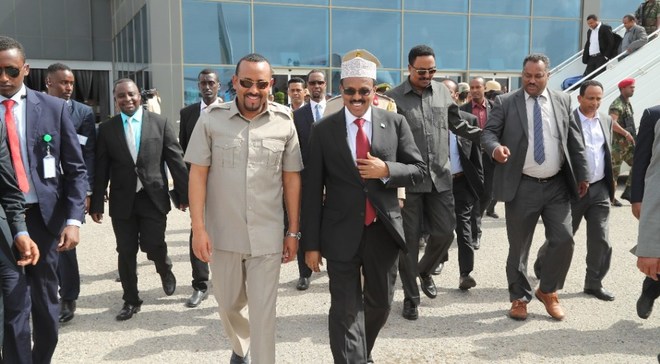 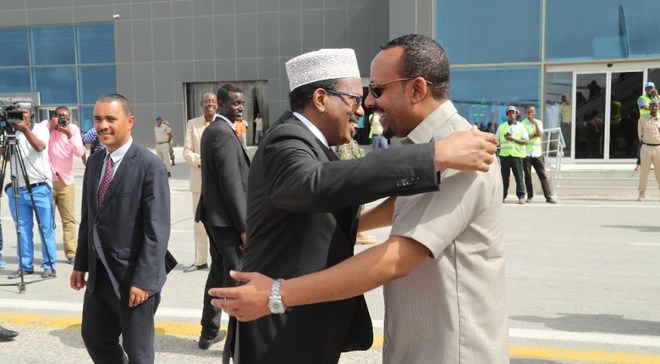 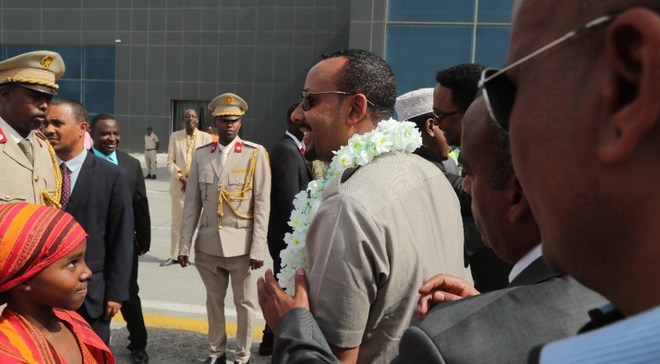 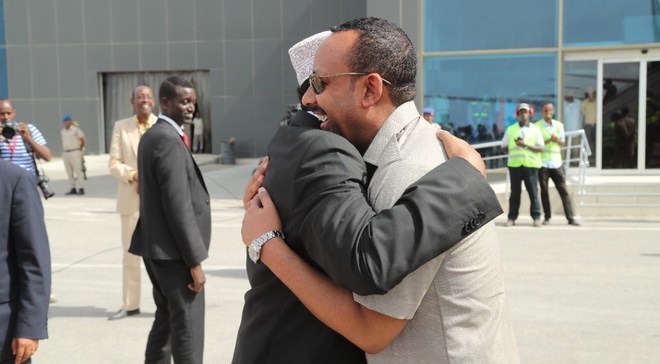 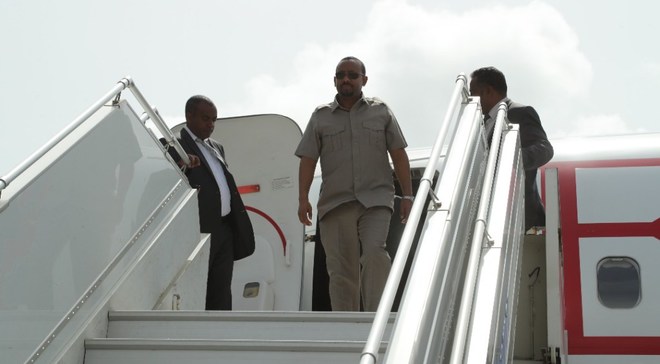 The plane carrying Ahmed and his entourage touched down at the heavily fortified Aden Abdulle Airport early in the morning, where he received a guard of honour.

The city's security has extremely been beefed up, with additional forces deployed in the main roads leading to Airport and Villa Somalia ahead of the Ethiopian PM's arrival.

On arrival, Abiy Ahmed was warmly welcome Somali president Mohamed Abdullahi Farmajo and other high-ranking government officials and subsequently, he was escorted to the country's presidential Palace for talks.

Sources at Villa Somalia, the State House told Garowe Online that bilateral and regional issues will dominate the discussions between Somali leaders and Prime Minister Ahmed.

"H.E Abiy's visit is a testimony to the growing cooperation and strong commitment to bilateral ties between countries of the horn," said Villa Somalia in a Twitter post.

The relations between UAE and Somalia have been steadily declining since early this year after Mogadishu broke its previous neutral position in Gulf diplomatic crisis and showed support for isolated Qatar.

The visiting Ethiopian premier is said to be trying to mediate the dispute between the Federal Government of Somalia and the United Arab Emirates [UAE], whose relationship is now at its "lowest point."

Since the collapse of the former military regime in 1991, Ethiopia has had considerable influence on Somalia militarily and politically and sent troops to the country to fight Al-Shabab. 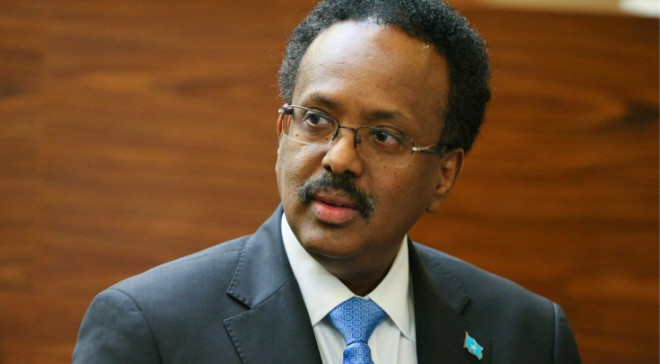 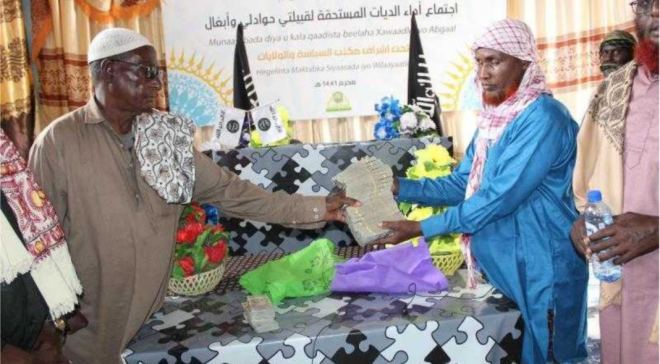 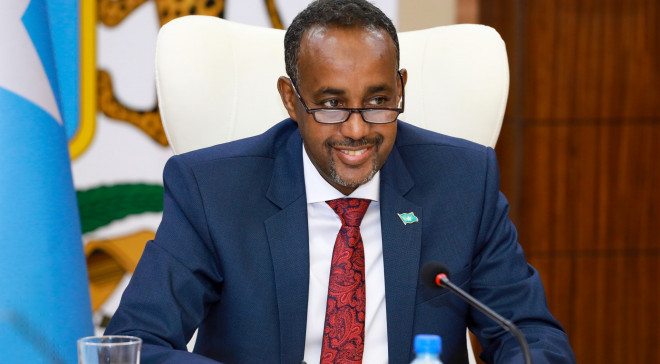 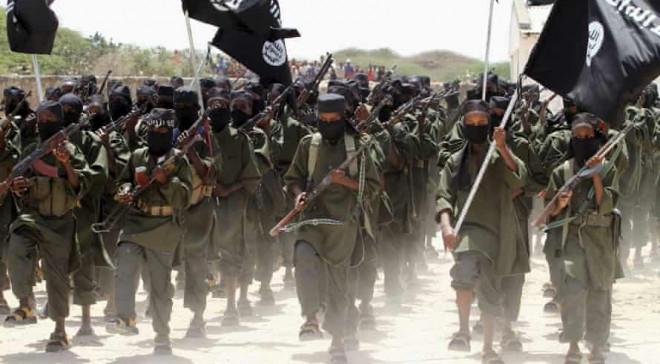