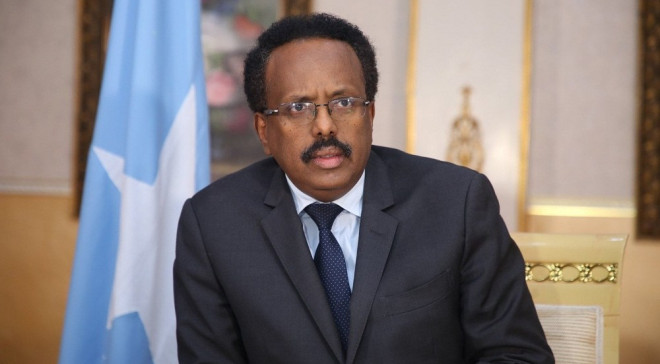 MOGADISHU, Somalia - A top delegation from Ethiopia on Friday visited Somalia secretly, in the middle of an election quagmire, which has threatened integration within the country, but their trip still remains a mystery, given that the two countries are yet to come out open about the mission.

President Shimelis Abdisa is of Oromo ethnicity in Ethiopia and a close ally of Prime Minister Abiy Ahmed, whose interests in the Horn of Africa are in the public domain. Ahmed, who has been facing turbulence in Ethiopia, was the Nobel Peace Prize winner for 2019.

While the subject matter of their talks remains a closely guarded secret, Garowe Online has, however, gathered that the upcoming Somalia elections and the presence of ENDF troops in Somalia featured in the talks at Villa Somalia. Neither of the two countries has issued a statement.

The meeting comes at a time when reports are emerging that Somali soldiers have been killed while fighting along with Ethiopian forces in the Tigray region last year.

The Ethiopian military has close to 4,500 troops in Somalia and an additional 1,000 who are not in AMISOM. The non-Amisom contingent is said to have left last year during the Tigray war, but it's unclear if they have returned back to the Horn of Africa nation.

But over years, the Ethiopian troops have often been accused of interfering with Somalia's internal politics, with the 2018 elections in Southwest where over 11 people were killed after the arrest of former Al-Shabaab deputy leader Mukhtaar Robow, being one of the most spoken incidents.

Farmaajo and Abiy have forged a political relationship in the last two years that has seen them visit each other’s countries. But the opposition has often called for the withdrawal of the ENDF troops from Somalia, whom they accuse of perpetrating atrocities against innocent civilians.

Farmaajo visited the restive Oromia state during one of his visits to Ethiopia last year. Analysts have linked Farmaajo intransigence to electoral talks to Abiy’s strong stance against opponents.

Abiy has played a crucial role in state government elections in Somalia lending support to Farmaajo in pushing for the installation of his allies in the Federal Member States such as South West. It's not clear what role Ethiopia wants to play in the upcoming elections.

Last year, Garowe Online exclusively reported attempts to kick out Ahmed Madobe of Jubaland during the 2018 elections after ENDF forces were denied landing at Kismayo airport by Kenyan troops based there, a move which has caused frictions between Kenya and Ethiopia troops in Somalia.