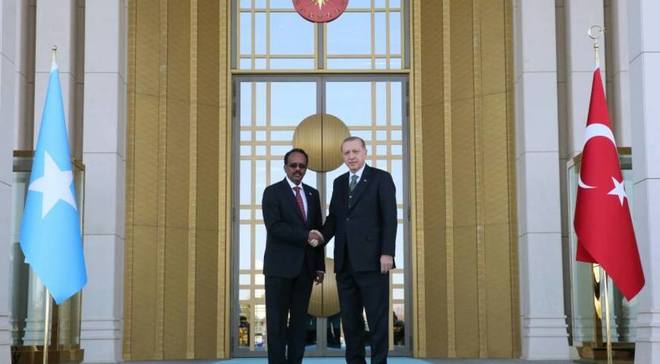 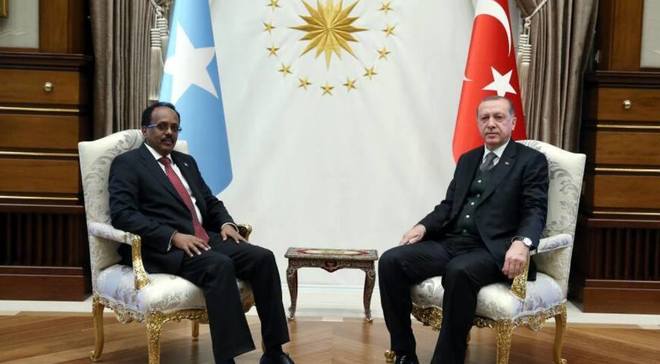 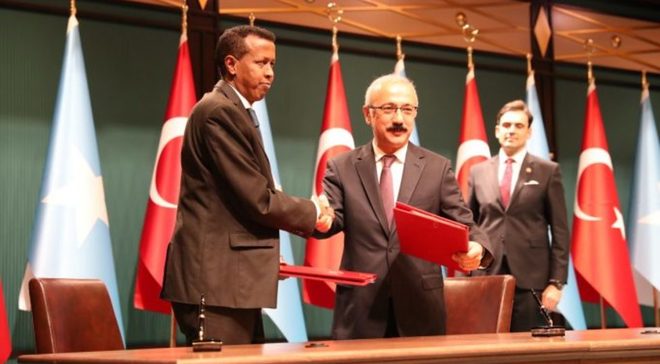 The agreements signed with Turkey to enhance bilateral cooperation in various fields, including trade, investments, education and other mutual areas. The agreements and MoUs were signed by the Foreign Ministers of Somalia and Turkey in the presence of both Presidents.

Upon the arrival of President Farmajo’s to the Presidential Palace, his delegate was warmly welcomed by Turkish President Recep Tayyip Erdoğan and held closed-door meetings.

Subsequently, the two Presidents held press conference and jointly commended the relationships between the two countries and expressed commitment to improve relations.

during the press conference, President Erdogan criticized the international community for not providing the suffice support for Somalia during the current drought crisis and reiterated continuous support to Somalia to avert looming famine crisis.

On his side, President Farmajo commended Turkey’s role in Somalia and thanked the Turkish government for hosting his delegate during his first state visit to Turkey.

The two countries was reported to agree to enhance cooperation in the security, economy and promotion of culture and tradition.

Somalia is the largest global recipient of Turkish aid, and Turkey is expected to take part in the upcoming London conference on Somalia in May 2017 along with Somalia's international partners.