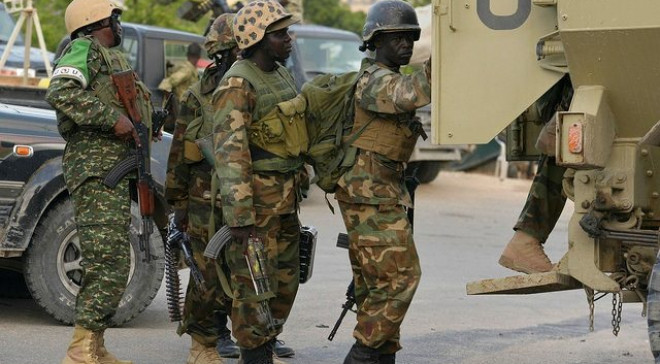 MOGADISHU, Somalia - The Uganda People’s Defence Forces (UPDF) contingent under African Union Mission in Somalia (AMISOM) has killed at least 189 Al Shabaab fighters in a raid that could be the biggest ever since UPDF deployed in Somalia.

“The interdiction and on-spot ground target separate operations in Sigaale, Adimole, and Kayitoy villages, neighboring Janaale in Lower Shabelle region, saw the forces put out of action 189 Al-Qaeda linked fighters and destroyed a number of military hardware and items used by the terrorist,” the statement reads in part.

Unlike in the past, UPDF now has attack helicopters that have augmented the UPDF firepower against Al Shabaab.
According to the Commander of the Ugandan troops in Somalia, Brig-Gen Don William Nabasa, they didn’t suffer any losses or injuries.

“We are committed to ensuring and maintaining security and relative peace,” said Gen Nabasa during his operational assessment of frontline troops at forwarding base in Janaale adding: “Given the available capabilities and knowledge of terrain analysis, such as spot targeted operations will continue in efforts to degrade and defeat Al Shabaab insurgents, even in the wilderness.”

In 2015, the Al Shabaab attacked the UPDF base in Janaale in what was one of the deadly attacks that left 19 Ugandans dead.

An official said its top commander had been asked by Farmajo to relocate some of Danab troops to Mogadishu ahead of last week’s protests, but the request was turned down.