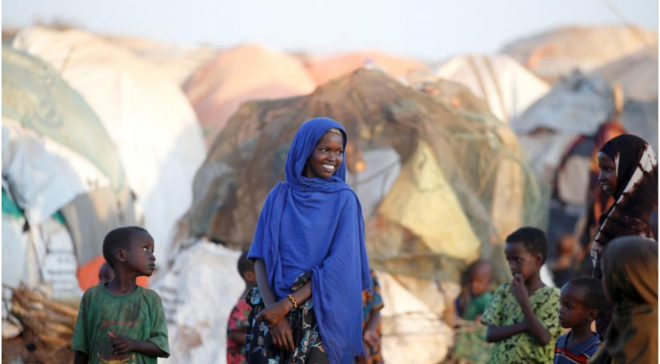 NAIROBI - The World Bank has approved $80 million in grants to Somalia to fund public finance reforms, marking the first disbursement to the government of the conflict-ridden country in 30 years, the bank said.

The Washington-based lender, which suspended ties with the country when war broke out in 1991, resumed support for Somalia in 2003, at the time saying it would focus on HIV/AIDS and livestock programs with other organizations, but it has not approved any direct lending to the government to date.

It reopened direct ties with Somalia’s federal government in early 2013.

Its board had approved financing of $60 million for the Recurrent Cost and Reform Financing Project and $20 million for the Domestic Revenue and Public Financial Management Capacity Strengthening Project, it said in a statement late on Tuesday.

“They (loans) represent a milestone in Somalia’s development and reconstruction,” the bank said.

The bank said it would also work with the government in Mogadishu to improve services like education and healthcare, access to clean water, energy and finance for its citizens - under a program called Country Partnership Framework.

Somalia’s economy was forecast to grow by an average of between 3.5 and 4.5 percent annually in 2019-2022 when the partnership on social services will run, the bank said.

“While agriculture is key to the economy, it remains vulnerable to shocks. As such, services will continue to be a main driver of growth, especially in the financial, transport and communication and trade sectors,” the lender said.

Hit by decades of conflict at the hands of clan militias, Somalia has over the past several years also been pummeled by an insurgency by al Qaeda-linked al Shabaab, famines and maritime piracy.

Parts of the country are still plagued by militant violence, but a degree of stability in the capital in recent years has begun to draw investment from locals and Somalis living abroad.

Last week, the International Monetary Fund said it expected the economy to grow by 3.1 percent this year from 2.3 percent in 2017, as it recovers from drought last year.