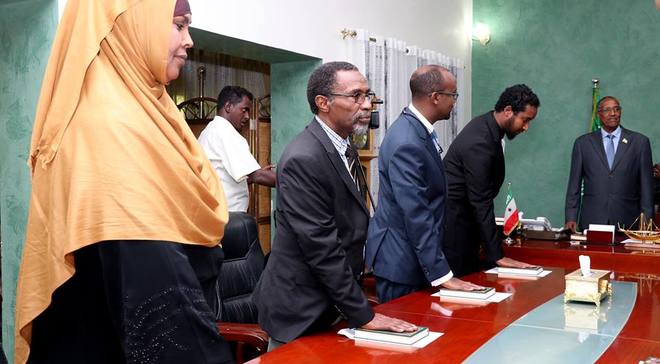 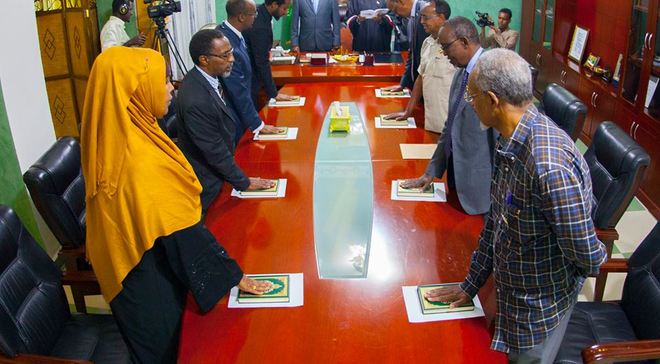 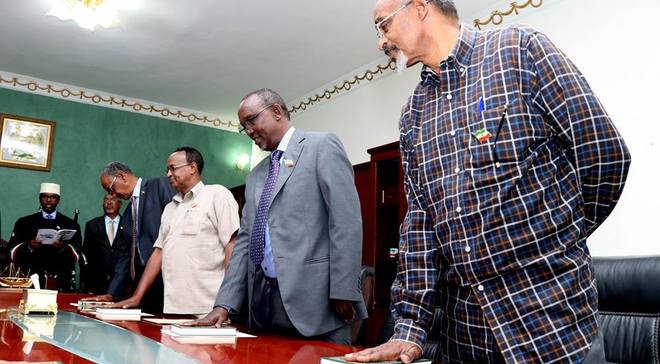 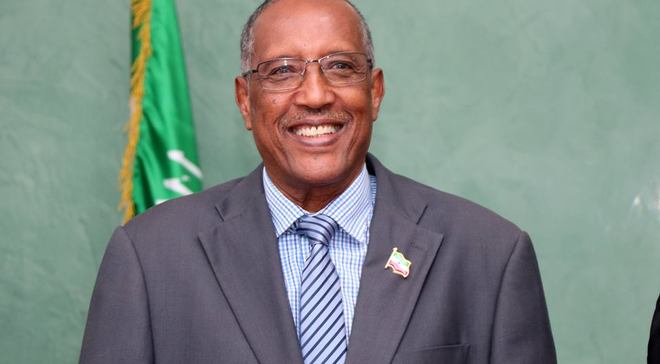 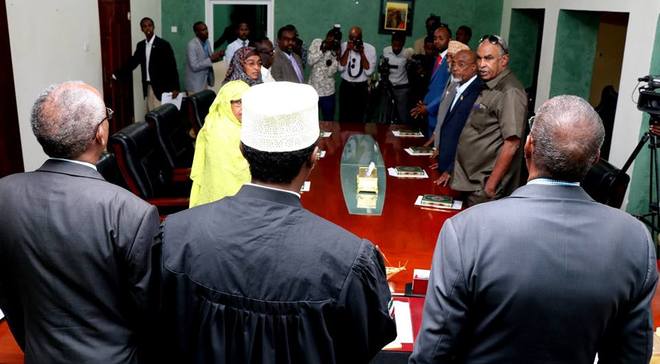 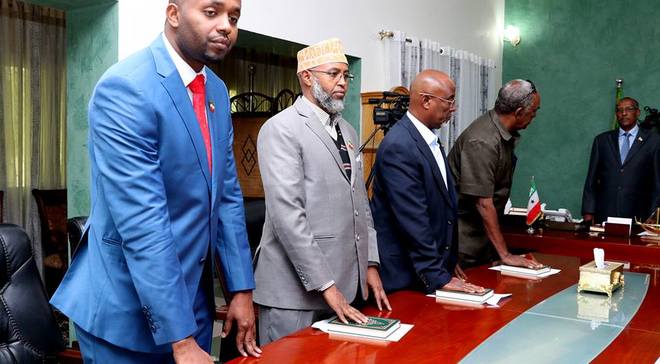 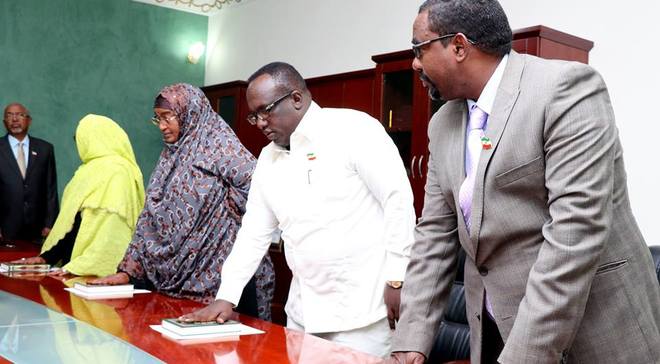 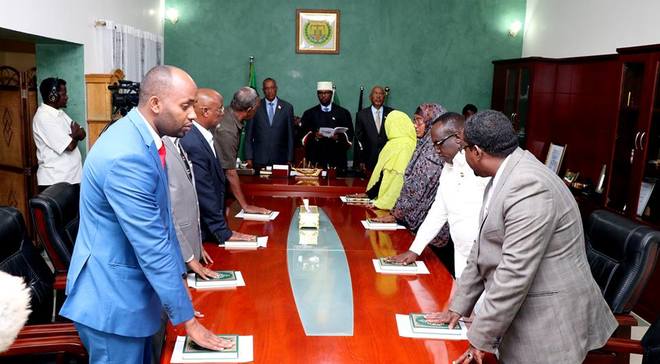 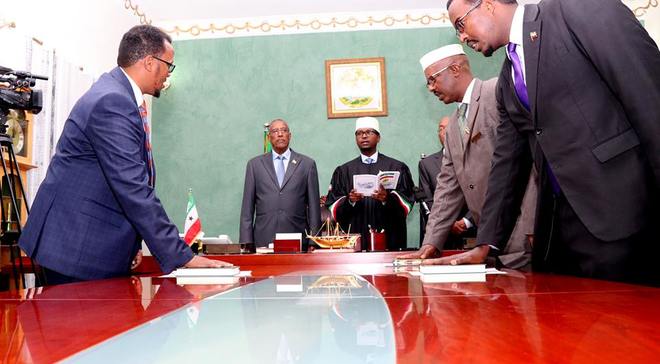 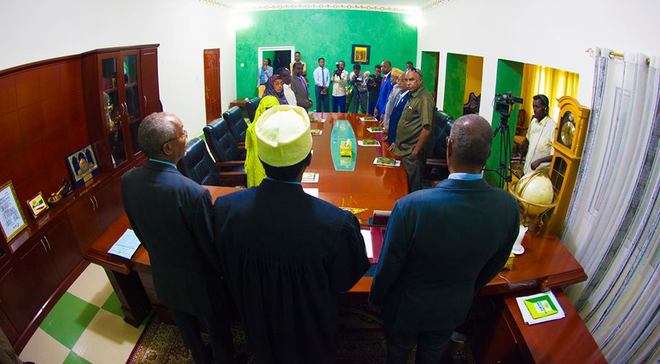 The new cabinet took the oath of office at a ceremony held in Presidential Palace, with attendance of Somaliland President Muse Bihi Abdi flanked by the VP Abdirahman Sayli’i and supreme court chairman.

Addressing the ceremony, President Abdi has congratulated the Council of Ministers on the swearing-in for the office and pledged to closely work with his cabinet during their tenure.

Somaliland’s Supreme Court Chairman, Aden Haji Ali Ahmed, who presided over the oath-taking occasion urged the new ministers to show a high sense of loyalty to Somaliland their people.

Abdi appointed a lean cabinet mostly political novices in his council of ministers that includes loyalists of the ruling party, Kulmiye in a bid to ensure all promises made during the presidential campaign in 2017.

The capture of the town, about 90Km from Garowe, the administrative capital of Puntland came as President Farmajo visited the region for a weeklong tour, the first since his election in February last year.

For many years since the collapse of the former military regime in 1991, both Puntland and Somaliland administrations have been in a contest and fought over Sool and Sanag regions with each side claiming control.