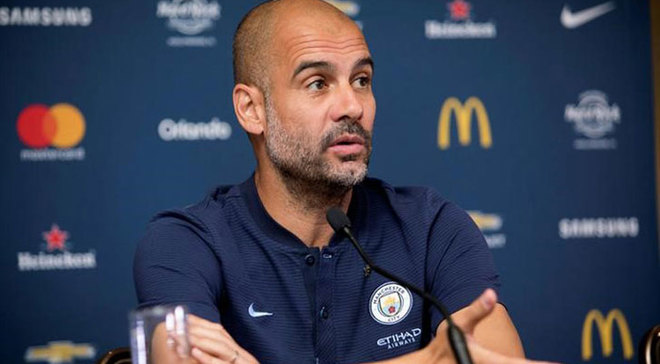 The 32-year-old was replaced by Bernardo Silva in the second half at Wembley as goals from Sergio Aguero, Vincent Kompany and David Silva earned Guardiola his first trophy as the English side's manager.

"He's injured. The next games he'll be out. We'll assess him tomorrow but he's a big, big loss," the Spanish boss said after the match.

"Now we have to find a solution, to find out which players can play in the Fernandinho position. Now we have a problem in that area."

Brazil international Fernandinho has played in every league match this season, scoring three goals in the process.

League leaders City will be eager to extend their 13-point lead when they face off against Arsenal at the Emirates on Thursday followed by a home match against current champions Chelsea.