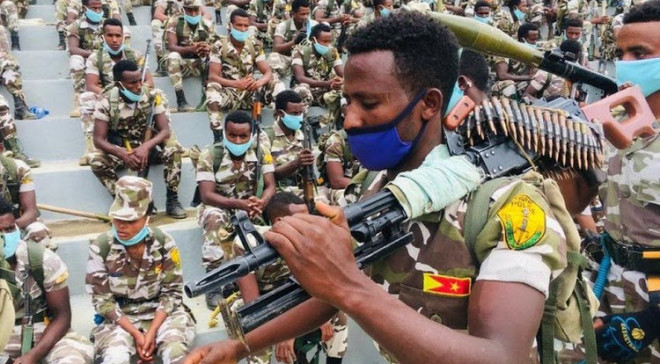 ADDIS ABABA - The Eritrea National Defense Forces have continued to wreak havoc across the Tigray region of Ethiopia, CNN has established, even after authorities in Addis Ababa and Asmara pledged to withdraw them following an international outcry.

Reports indicate that the troops have been operating with impunity in Tigray since last year November after Ethiopia asked for backup in the operation against the Tigray People's Liberation Front [TPLF], which had allegedly attacked the Northern Command.

In his defense, Nobel Peace Prize winner and Ethiopia's PM Abiy Ahmed said the Eritrean troops had responded after TPLF fired rockets to Asmara, a claim which could not be substantiated. Since then, both Ethiopia National Defense Forces [ENDF] and Eritrea troops have been descending on the people of Tigray.

Following pressure from the International Community and local actors, Abiy Ahmed pledged to have the ENDF, Eritrean troops, and Amhara forces withdrawn from the region, but a quick check shows nothing of the sort has taken place according to CNN.

He said in March that war crimes had been committed during the conflict, but did not say by which side. CNN's reporter Naima Elbagir saw Eritrean soldiers dressed in Ethiopian military uniforms in Axum city to hide their identities.

Instead, CNN adds, Eritrean troops in Ethiopia are operating with total impunity in Tigray, killing, raping, and blocking humanitarian aid to starving populations more than a month after the country's Nobel Peace Prize-winning PM Abiy Ahmed pledged to the world that they would leave.

There were also claims that thousands of Somalia troops training in Eritrea had joined the war, but both Asmara and Mogadishu refuted the allegations. Abiy Ahmed and Isaias Afwerki have been accused of contravening the International Human Rights laws.

Already, Amnesty International has called for thorough investigations, accusing the international community of doing "very little" to curb the catastrophe. The group now wants actions taken against Ethiopia and Eritrea.

The head of the Ethiopian Orthodox Tewahedo Church has also condemned his own country's rulers in a video recorded by the director of a US-based charity, saying "they want to destroy the people of Tigray" with actions of "the highest brutality and cruelty."

Abune Mathias, a native of the northern Tigray region who lived in exile for 30 years for criticizing the country's then-communist regime, was filmed by Dennis Wadley, director of Bridges of Hope International over a month ago.

Wadley told CNN he took the video of Mathias in Addis Ababa, where the Patriarch is under what he described as "unofficial house arrest." The charity director said he and his wife were in the country caring for refugees and internally displaced people at the time.

"What is happening in the carnage of people -- particularly the killing of innocents. The youth are being searched out in towns and in villages. Then they have been killed and thrown off the cliffs. They are not even allowed to be buried, as for example in Mahibere Dego," Mathias told CNN.

"These types of atrocities have never been seen so far, which is very, very offensive. Particularly the rape of women is very disgraceful, shabby, and bad. They have no fear of God or any respect for human dignity," Mathias added.