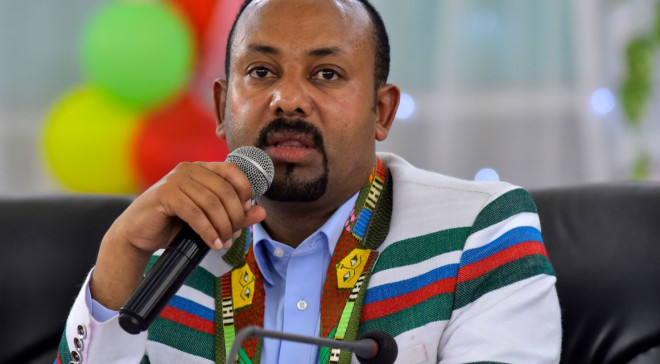 NAIROBI, Kenya - The federal government of Ethiopia on Tuesday asked citizens to join in the fight against Tigray Defense Forces [TDF], which has managed to cross over to neighboring states, thus making it difficult for Ethiopia National Defense Forces [ENDF] for a counter-attack.

The nine-month war has left thousands of people dead and millions displaced as the humanitarian crisis escalates. ENDF had waged an operation against TDF but after seven months, the Tigray forces managed to flush out that federal army from her territories.

A statement from the office of Prime Minister Abiy Ahmed read: "Now is the right time for all capable Ethiopians who are of age to join the Defence Forces, Special Forces, and militias to show your patriotism."

Six weeks ago, Addis Ababa declared a unilateral ceasefire, but the TDF maintained the federal army had been overpowered, before giving conditions for a ceasefire. TDF seized Mekelle, the regional administrative capital of the Tigray region.

War broke out in November between federal troops and forces from the Tigray People's Liberation Front, which ruled Ethiopia for three decades and now controls Tigray. Fighting has forced more than two million people from their homes, and more than 50,000 people have fled into neighboring Sudan.

Tigrayan forces have dismissed the ceasefire, saying the government should agree to its conditions for a truce. Spokespeople for the Tigrayan forces and for Abiy did not immediately respond to requests for comment.

After the historic retake of Mekelle over j June, Tigrayan forces have pushed into the adjoining Afar and Amhara regions, capturing the United Nations World Heritage site of Lalibela last week. read more

This new fighting has displaced more than 250,000 people in Afar and Amhara, the U.N. aid chief said last week. The UN has also raised concerns about attacks on the neighboring states as Abiy Ahmed struggles to stamp authority.

In an attack in the Afar region on Thursday, 12 people who had been forced from their homes by violence were killed, said Mohammed Yesuf, head of the Dubti Hospital.

An additional 46 people were treated for injuries at the hospital, he told Reuters by phone. It appeared they had been injured in an explosion, he said, citing burns on some of the injured. Those who were killed and injured had been sheltering at a school and health clinic, he said.

It was not possible to verify the claims. The Afar region's government said on Friday that Tigrayan forces were responsible for the attack in the Galikoma area. However, Getachew Rada, the TDF spokesperson, blamed the ENDF but promised to ensure thorough investigations are done.