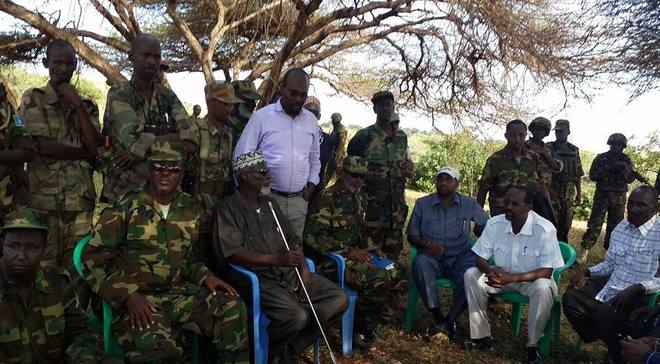 A two-hour deliberation on the fate of the former warlord led to the Thursday’s return to Kismayo by clan militia.

Meanwhile, Jubaland insisted it welcomes the move but put condition on the arrival of militiamen.

Jubaland administration accepted that Hiiraale and his special bodyguards be returned to Kismayo and demanded the reintegration and rehabilitation of other armed clan militia who could pose security threat to the peace process.

He refused to lay down arms and renounce armed violence as Prime Minister Abdiweli Sheikh Ahmed arrived in Kismayo in an effort to consolidate jubaland peace process in April this year.

Militia loyal to Col. Bare Hiiraale engaged in a deadly battle with local forces loyal to the President of Jubaland administration Shiekh Ahmed Mohamed Islam (Madobe) in Kismayo and subsequently fled to unknown vicinities in the outskirts of Kismayo following the seizure of Kismayo by Jubaland forces in June 2013.

Kismayo suffered from two decades of bloody stalemate, with rival warlords and armed clan militias competing for the lucrative seaport and the fertile hinterland near Jubba River.