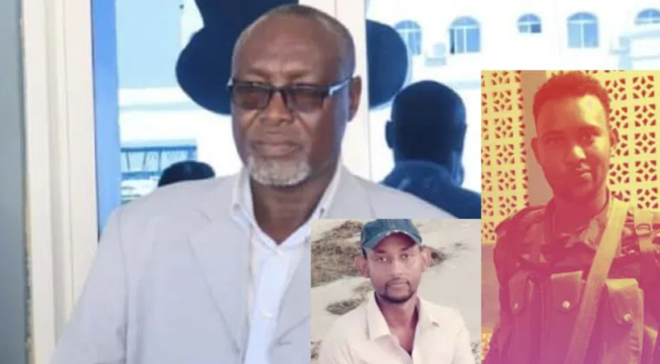 KISMAYO, Somalia – A regional minister in Somalia has survived an apparent assassination attempt after a bomb struck his residence, killing three people, including two security guards on Wednesday night.

A police source said the explosion happened after an Improvised explosive device (IED) went off inside a house belonging to Jubaland’s Minister of Environment and Tourism Eydid Saluiman in Kismayo city.

The minister has escaped unhurt, however, the blast left two brothers who were part of his security team. Local residents said the regional security forces have launched a manhunt to nab the perpetrators.

“Jubaland state security forces quickly sealed off the area, where blood and pieces of flesh were scattered on the ground following the blast caused by an IED planted in the minister’s room,” said resident Abdi Hassan.

The Al-Qaeda’s ally, Al-Shabaab claimed responsibility for last night's bombing in the southern port city, which becomes the second similar attempt on the life of a senior Jubaland official within a week.

The militant group intensified attacks in the country ahead of the parliamentary and presidential elections slated to kick start in December 2020 and continued until February 2021.

Last week, a newly appointed labour minister Duran Ahmed Farah has survived a bomb attack targeted his vehicle in Mogadishu’s KM 4 area. At least two people have been wounded in the terrorist incident.

Somalia’s Western-backed government has been gradually hemmed in by extremists bent on toppling Farmajo administration and force out 22,000 African Union forces stationed in the war-torn nation.

The government has been promising an offensive to clear Al-Shabaab for years. While it has yet to launch a full-scale attack there has been on-off fighting for the past months in areas near Mogadishu.