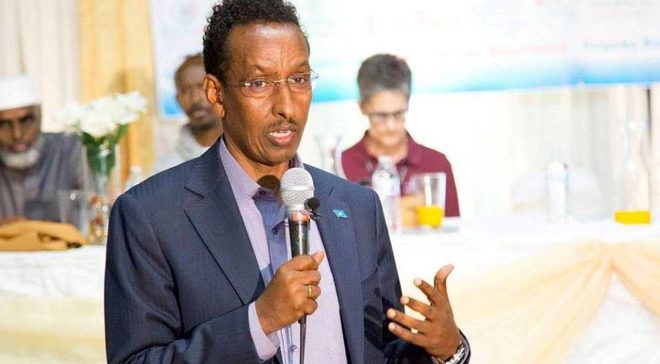 MOGADISHU, Somalia - The Federal Government of Somalia has on Monday expressed solidarity with Saudi Arabia in the face of criticism and threats over Jamal Khashoggi disappearance, Garowe Online reports.

The Ministry of Foreign Affairs and International Cooperation for the Federal Republic of Somalia said in a statement that it rejected any move to undermine the Kingdom of Saudi Arabia.

"The Federal Government of Somalia reiterates its solid stance in support of stability and sovereignty of fellow Arab countries and expresses its full solidarity with the brotherly Kingdom of Saudi Arabia against all those who seek to undermine its role and economic interests," read the statement in part.

The comments came as Saudi Arabia rejected threats to punish it over the disappearance of journalist Jamal Khashoggi in Istanbul, Turkey, saying it would retaliate against any sanctions with tougher measures.

The PM's trip which was the first since taking office last year is aimed at easing diplomatic tension between Mogadishu and Riyadh that soured after Somalia declared neutrality in the 'Gulf crisis' in July 2017.

Last August, Somali Government declared support for Saudi Arabia in its decision to cut off ties with Canada and to expel the Canadian ambassador over Ottawa’s urge to free arrested Saudi civil society activists.

The Oil-rich Gulf nation is facing pressure over the case of Khashoggi who is reportedly killed in Saudi Consulate in Istanbul Oct. 2. Trump vows 'severe punishment' if Saudi Arabia murdered the journalist.