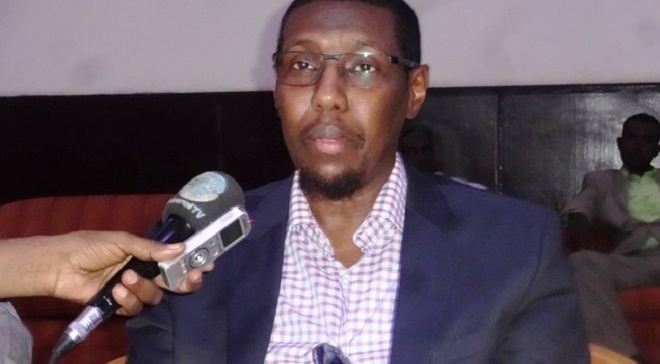 The Minister has sent home the commanders of Hamarweyne Police and Intelligence for failing to arrest the killers of two Somali civilians killed in a drive-by shooting in the district on 27th September.

Al Shabaab gunmen killed the son of Somali National Women Organization chairwoman, and the Secretary-General of the Union, Anab Abdullahi Hashi near a security checkpoint in a broad daylight.

According to the Minister, 12 Police and Intelligence officers were detained and under interrogation for not responding to the attack, and capture the perpetrators carried out the shooting of the civilians.

Speaking at a press Conference in Mogadishu last week following the murder, Islow promised to sack Security chiefs of Hamarweyne district or will step down himself if not arrested the killers.

Al Shabaab has claimed credit for the killing, which was the latest in a string of assassinations in the seaside capital amid tight security measures by a special forces tasked with Mogadishu stabilization.